I feel honored to have been nominated for the position of Chair of our county party. Thank you for your support. In particular, I want to express my thanks to retiring officers Curtis Pressley, Joyce Coleman, and Todd Hagans. And though I know she will not want me to mention her name because she really prefers to stay out of the spotlight, I cannot fail to mention the importance of the help I have received from Pat Poston over the past two years. She was often a lifesaver, backing me up and doing a lot of work behind the scenes. 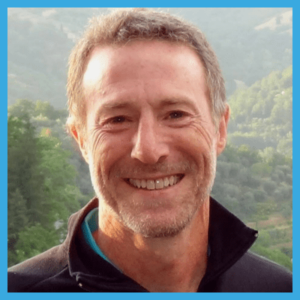 The work of the Cleveland County Democratic Party is not the work of an individual. It takes a team committed to working together, and it takes a network of coordinated connections so that we can achieve common goals. We have had a good team of officers these past two years, and I have appreciated the way we have honestly put our views on the table and worked to come to common consensus. I’m excited by the new officers coming on board and I feel a lot of optimism about the future of the Cleveland County Democratic Party.

It can be hard being a Democrat in a red county. It can be hard to keep a hopeful attitude when sometimes it seems like our voices don’t matter. That’s why we need each other. Our theme for this year’s annual convention (Democracy – We’re all in it together) is not just a slogan. It is a fundamental truth.

Stacy Abrams is an inspiration. She has demonstrated what can happen when people combine their efforts and do the hard work of organizing. I am sure that she would not want to claim the credit for what happened in Georgia in this past election. And that is precisely the point. It took a LOT of people working together to elect two Democratic senators from the state of Georgia. Individual efforts have tremendous power to effect change when they are coordinated. We ARE all in this together. That’s what democracy is all about.

We have to remember that we are in a long-haul struggle. The work we have ahead of us is not going to be over in one year, or two years, or one or two election cycles. We have to be committed to this journey for reasons other than the desire to win a single election. The question before us has to do with what kind of community we want. It has to do with what kind of society we want.

So, let’s be clear. We want racial justice. We want to make sure that people’s right to vote is guaranteed and made easier and not blocked by people who can’t win a fair fight. We want to eliminate poverty in this country. We want a quality education that is accessible and affordable for all. We want to follow the science and do the things necessary to address global climate change. We want to address infrastructure issues in this country. We want to work for the protection of consumer rights. We want health care to be considered a fundamental human right. We want to reform our criminal justice system so that it is more fair and produces better outcomes for everybody. We want a compassionate immigration system because we recognize the strong contributions immigrants have made throughout the history of this nation.

What’s the bottom line here? We want a society where EVERY person can prosper and achieve his or her potential and where NO ONE is held back because some people want to rig the game in their favor. We are not looking for a perfect society. That’s not a realistic goal. We want a FAIR society, where everyone’s vote counts, and everyone’s voice can be heard. We want a REAL democracy. That is an achievable goal.

Obviously, not everyone agrees with this vision. But I think MOST people do. We need to find those people and get them to the voting booth. This is about organization, education, coordination, and mobilization. Our vision will not achieve itself. We will not achieve a fair society if we think people who are hoarding power for themselves will suddenly have a conversion experience and decide to be magnanimous and generous. Those with disproportionate power will not give it up voluntarily. We cannot stay on the sidelines. We have to get in this race. And we have to work to get others on board.

Does that sound like a tall order? I firmly believe that our vision for the future of these United States and for the state of North Carolina and for Cleveland County CAN be achieved. If I didn’t believe that, I wouldn’t be in this fight. And you know what else? Here in Cleveland County, we are on the front lines. You might think sometimes, “Oh, wouldn’t it be great to be in a blue state where we had a lot more Democrats around us?” I’ve certainly had that thought sometimes.

But we know those blue states are going to vote Democratic. They are not up for grabs. And there are red states that are going to stay red for the foreseeable future. Your vote would not make much difference in the big picture in either a solidly blue or a solidly red state. But North Carolina is PURPLE. Georgia has shown us what can happen when people organize. Virginia was a red state not too long ago. So even though Cleveland County seems mighty red sometimes, EVERY BLUE VOTE counts. EVERY BLUE VOTE makes a difference.

I love the diversity of the Democratic Party. That diversity is something to be embraced, not feared. We are stronger together. And we are all IN THIS TOGETHER. These are challenging times. Democracy itself hangs in the balance. Each of us has the power of our voice and our vote. That power is amplified exponentially when we join forces and work together. I thank you that you are here on a Saturday morning in this Zoom meeting. I really hope we don’t have to do too many more of these virtual meetings! I thank you for your commitment. And I look forward to working with you over the next two years.