Socialism Argument Fails on All Points 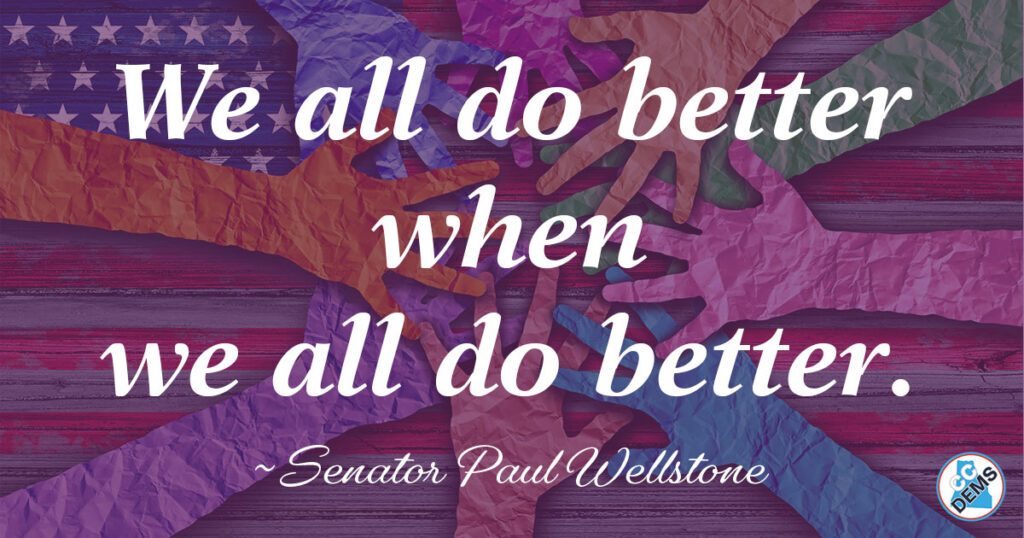 An informed, empathetic citizen and an active leader of the Cleveland County Democratic Party, Dr. BJ Zamora recently responded to a Letter to the Editor in The Shelby Star. Her response was published in the paper’s June 6 edition. Below is a reprint of Dr. Zamora’s thoughful response.

In our Sunday’s Star were excellent articles on our local activists striving to reach a more fair and patriotic American understanding of the tragic unfairness often encountered by our neighbors and fellow citizens by Latrice Williams and Carli Bousseau. To doubt the veracity of their reporting is to deny our own history.

However, a letter to the editor in the same edition has caused me to respond specifically to the claims laid out in that argument.

Eight issues were addressed in the claim that our beloved country is falling into socialism. These eight issues form her claim that a democratically elected president is out to destroy this country. But the argument fails on every point.

Perhaps the writer would be better served by rereading our Constitution and paying attention to actual facts.

1. Health Care: the terrible tragedy of the American health care system is its vast unfairness and cruelty. It limits the freedom of all workers to follow their ambitions and dreams because they continue to work at jobs that come with benefits like health care in order to provide protection to their family members in case of devastating illness or injury.

Our current system is unfair to those whose employers do not offer benefits like health care. And fewer do! Each year!

2. Poverty: It is pretty obvious that Republican politicians have done a brilliant job every time they are in power taking away any social or economic support they can from working class and middle class families struggling to survive.

3. Debt: Major multinational corporations and the wealthy pay no or small percentages of their income toward keeping our country and our citizens safe and protected while the rest of us are supposed to cover the costs.

And yet during the 45th president’s “reign,” our national debt went up at least $8.3 trillion. The forcing of nearly 50% of American families into financial distress rests on the shoulders of the white nationalists who believe in no government they can’t control.

Yet the average American has less than $400 in savings for emergencies, and according to Brookings Institute, White family average wealth is 6.7 times more than the average Black family’s. What is “fair” about that?

4. Gun Control: The Founders clearly did not intend for white nationalist militias to storm the Capital on January 6 insurrection. The Constitution allows “a well regulated militia.”

But there are 393 million civilian owned guns in the U.S. That’s 67 million more than there are people. Mass gun deaths are almost an everyday occurrence in our country.

Are we really proud of that?

5. Welfare: The Bible is very clear on this. We call ourselves a Christian country while claiming no responsibility for “the least among us.”

We are obligated by Christ Himself to help those less lucky and blessed than ourselves.

What does our country expect us to do? Let fellow Americans die, go homeless, and hungry?

6. Education: It is hypocritical to oppose all ideas that are opposite to your personal belief without evidence or justification.

Enslaved people forced to work their lives away in America were not, as old textbooks tried to claim, “better off” for being kidnapped and forced into slavery.

History may be written by the victors, but it is never over.

Who gives only politicians and not historians the right to limit the facts of our shared history?

And why should American taxpayers pay for private, religious education for the children of people who think they’re too good for public schools?

7. Religion: Separation of Church and State. Enough said.
You can’t believe in God and support the murder of fellow Christians in their own churches. You can’t believe in the teachings of Christ and not work toward a fairer, better world for all humanity.

8. Class Warfare: How have we been divided by class and wealth? Perhaps the wealthy could share some of their massive wealth by paying their workers a living wage that might provide more equitable lives like some large corporations are beginning to do?

This country is very divided by class and until we all do a better job of valuing each other’s contribution to the worth and value of America, we are lost.