President Biden’s First 100 Days and Beyond 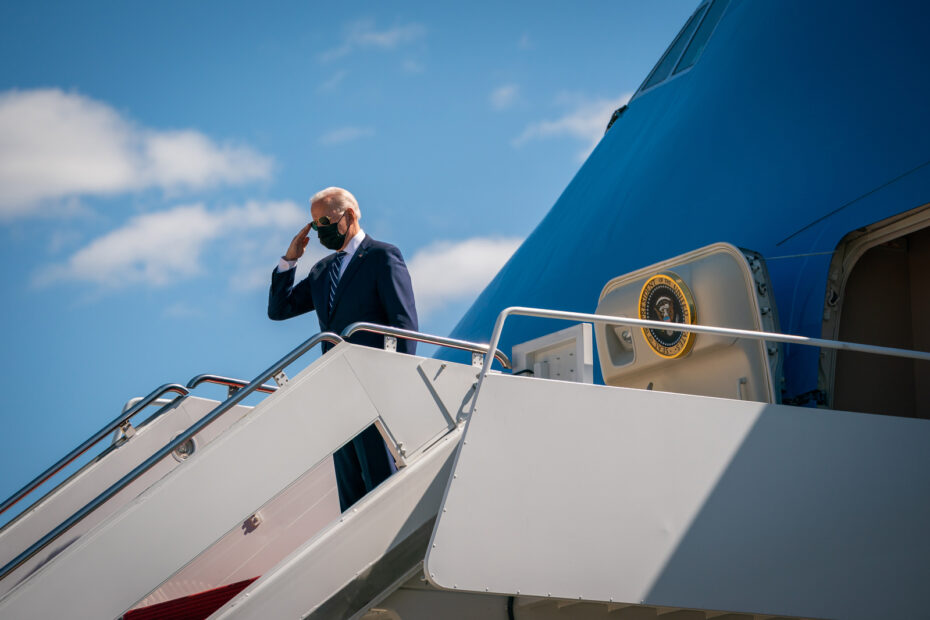 When Joe Biden was officially sworn in as President on Jan. 20, 2021, the initial reaction for most Americans was an overwhelming sense of calm. It was incredibly reassuring to know that we finally had a decent, compassionate and competent person in charge. Our country was in dire need of a strong and effective leader to pull us through the worst disease outbreak in over a century, caused by a virus that had already killed over 400,000 Americans and led to an economic crisis that left nearly 11 million people without jobs. The constant unsettling noise that had come out of Washington over the previous four years and had suddenly dissipated was now replaced with a quiet, steady and confident leader who did not seek daily headlines but went right to work serving the American people.

On his first day on the job, Biden signed 18 executive actions that included some of his most pressing issues such as rejoining the Paris Climate Accord and halting our withdrawal from the World Health Organization. He went on to sign more than 60 executive actions during his first 100 days. Most of his initial executive orders were aimed at curbing the coronavirus pandemic, but more than a third were direct reversals of Trump’s policies, including the reversal of the ban on transgender Americans joining the military, halting funding for the construction of the border wall, reversing the travel ban from Muslim-majority countries, and revoking an order to suspend federal funds to cities deemed by Trump to be “anarchist jurisdictions” (New York City, Portland and Seattle). At one point, Biden explained that he was “not creating new laws, but eliminating bad policy.” Other executive actions targeted a number of issues related to the economy, health care, climate change, immigration, gun control, national security, and racial and gender equity. 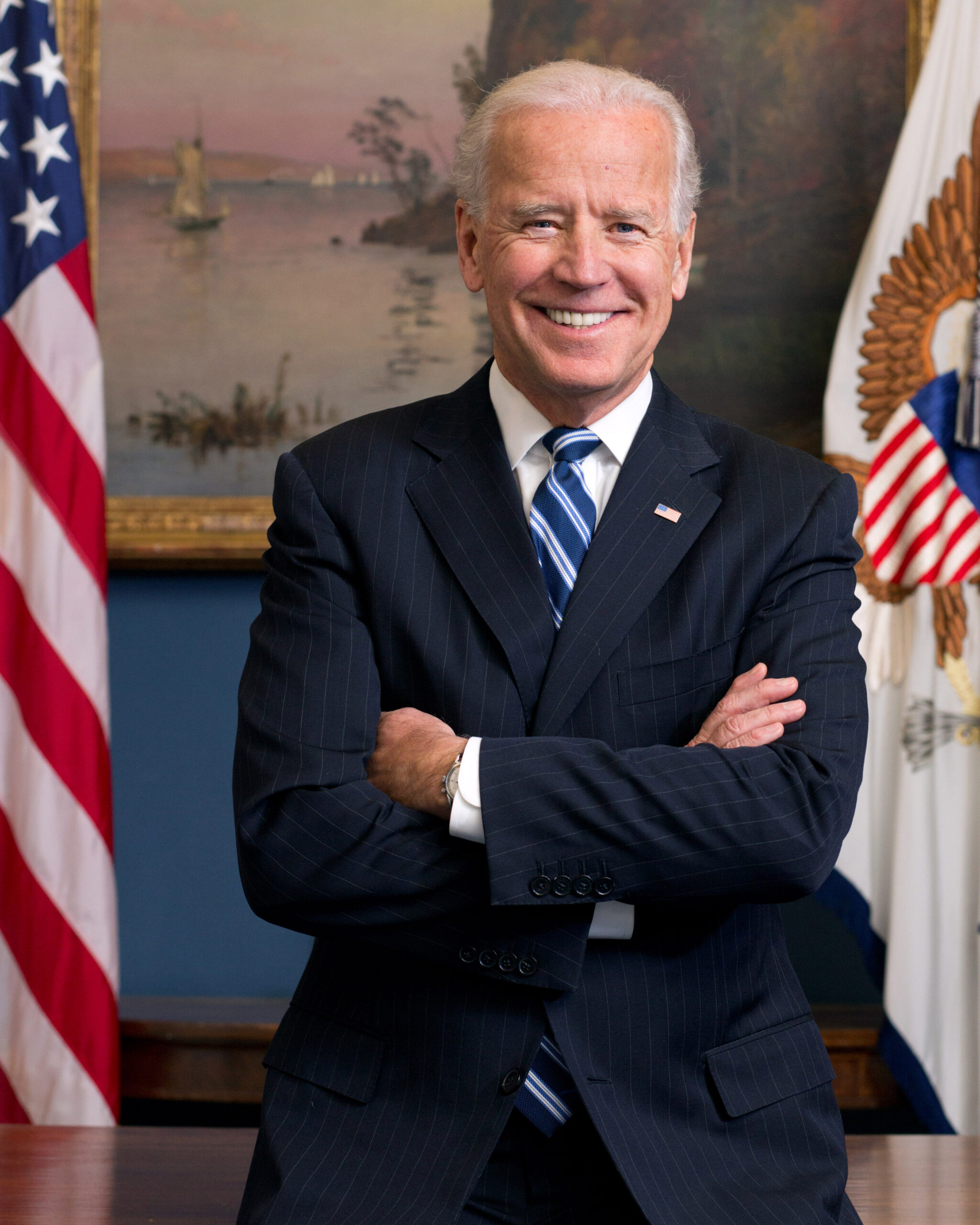 When Biden took office, he made it clear that his #1 priority was to get the coronavirus pandemic under control. During his first 100 days, he made great strides toward accomplishing this goal, largely due to his extraordinarily successful vaccination roll-out plan. Soon after taking office, he promised to get 100 million shots in arms in 100 days. To make that happen, Biden invoked the Defense Production Act to speed up vaccine production and started a federal retail pharmacy program that turned pharmacies into vaccination sites. As a result, he was able to reach his goal of 100 million shots in arms as early as Day 58. He then doubled his goal to 200 million and reached that goal several days short of 100 days.  By his 100th day in office, approximately 54% of the adult population had received at least one vaccination, and the number of coronavirus cases had dropped by 73% — from 199,000 to 54,400 cases per week.

With all of Biden’s accomplishments during his first 100 days, probably the most notable was the signing   of his $1.9 trillion American Rescue Plan (ARP) on March 11. It was passed through the budget reconciliation process with a simple majority vote and no Republican support. The purpose of this bill was twofold: to provide additional funding for fighting the pandemic and to help the economy recover from the resulting recession.

The ARP provides a wide range of benefits for individuals, businesses and schools affected by the pandemic; it assists with reopening efforts and ensuring that everyone has food to eat and a roof over their head.  Within 24 hours of the bill being signed into law, $1400 stimulus payments were already being delivered to qualifying individuals. Aid was also provided to state and local governments as well as K-12 schools to assist with safe reopening, and $14 billion was earmarked for vaccine distribution. Thanks to the ARP, the airline industry was able to prevent tens of thousands of furloughs in aviation jobs, and socially disadvantaged farmers and ranchers were able to avoid foreclosure.

Additional relief included the extension of unemployment benefits, a 15% increase in the Supplemental Nutrition Assistance Program (SNAP) benefit, and the expansion of child tax credits by up to $300 per month per child, which alone is predicted to raise more than 5 million children out of poverty. Financial relief was also distributed to small and midsize restaurants and other small businesses that were hit hard by the pandemic. The relief package included aid for the Paycheck Protection Program (PPP) to help businesses maintain their payroll and hire back employees who were laid off.

Finally, the ARP expanded eligibility for subsidies to purchase health insurance under the Affordable Care Act (ACA), lowered costs for those already enrolled, and incentivized states to expand Medicaid under the ACA by having the federal government pay for new recipients. Through all of these efforts, the American Rescue Plan is well on its way to achieving its intended goals of getting people vaccinated and kick-starting the economy toward a return to normalcy.

Other immigration-related measures taken by Biden during his first 100 days include the creation of a task force for identifying and reuniting migrant families separated at the southern border, ending the “stay in Mexico” policy for asylum seekers, discarding the roadblocks to families trying to assist undocumented immigrant children, and the signing of an executive order fortifying the Deferred Action for Childhood Arrivals (DACA) program. 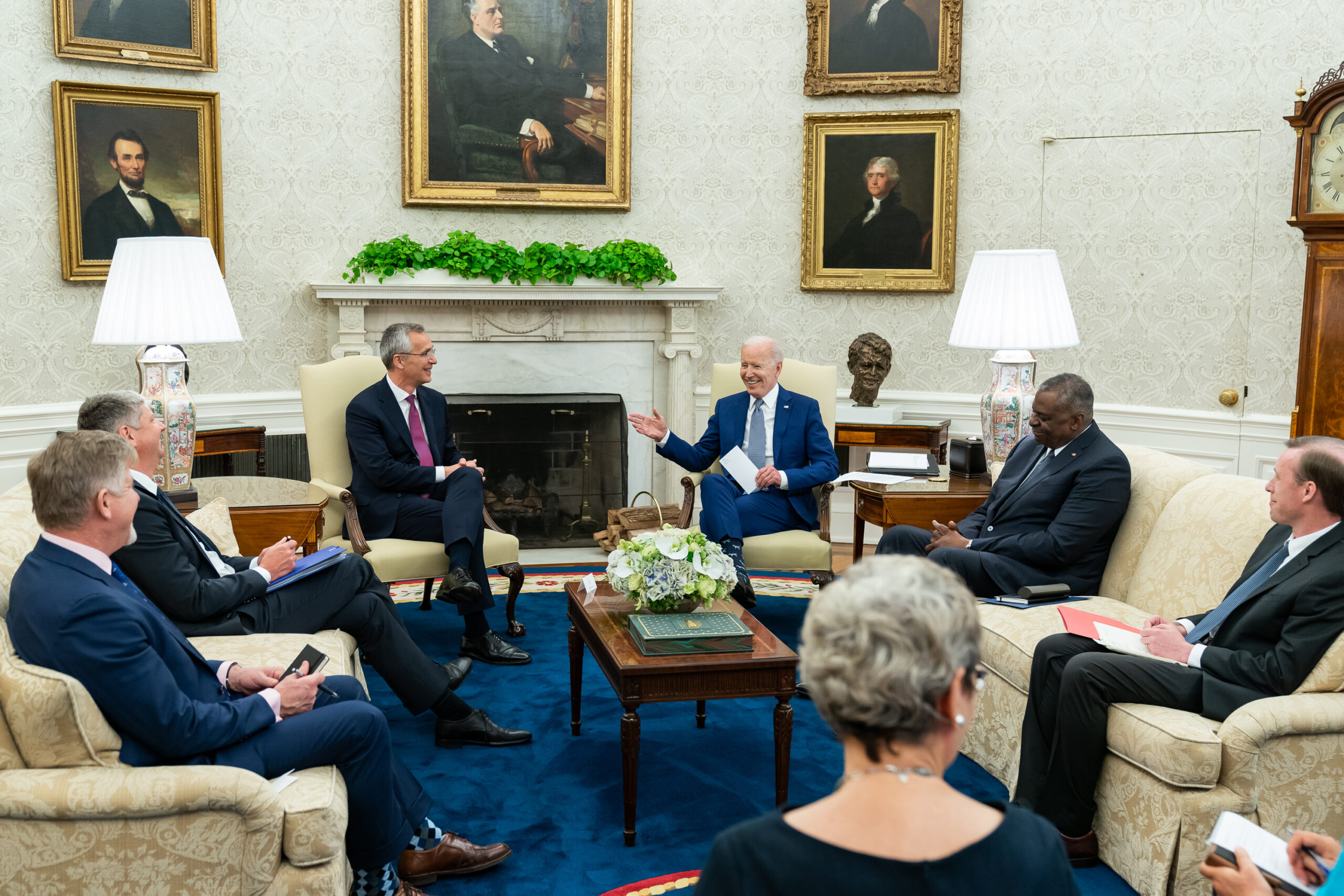 Biden also undertook several foreign policy measures during his first 100 days, keeping a focus on Afghanistan, Iran and Russia, including a commitment to withdraw troops from Afghanistan by Sept. 11, 2021, and initial steps to salvage the US-Iran nuclear deal. He also issued sanctions against Russia for alleged interference in the 2020 election, human rights abuses, and cyberattacks against U.S. government and corporate networks.

In addition to all of Biden’s political accomplishments, he also brought a code of ethics back to the White House. On his first day in office, he signed an executive order requiring all executive branch appointees to sign an ethics pledge barring them from acting in their personal interest. And within four months of taking office, both he and Vice President Harris released their tax returns, something the former president never got around to doing. On a personal level, he has refrained from finger-pointing and name-calling, and he responds to his colleagues on both sides of the isle in a courteous and respectful manner. The level of dignity, civility and professionalism demonstrated by Joe Biden and his administration is a welcome relief after witnessing four years of an administration that seemed to be lacking any ethical or moral standards.

Now that President Biden is well past his first 100-day milestone, he has shown no evidence of slowing down or backing away from the promises he made to the American people during his campaign.

Regarding vaccination roll-out, 300 million shots were administered by his 150th day in office, and more than 45% of American adults were fully vaccinated. As a result, COVID-19 cases and deaths have decreased by more than 90%, over 2 million jobs have been created, and the economy has continued to rebound. 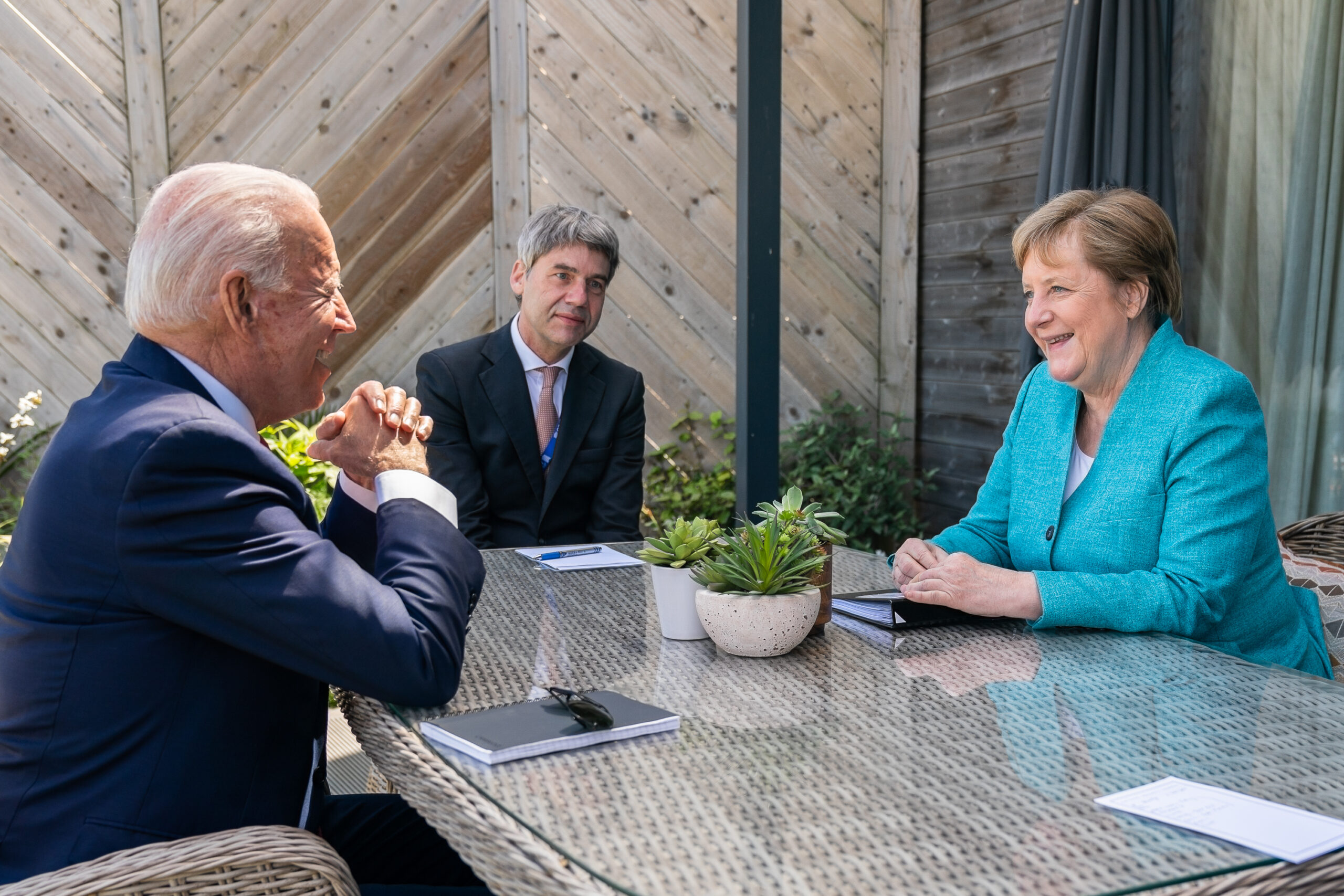 Biden embarked on his first international trip as President in June to attend the G-7 Summit where he went to work on repairing relationships with our traditional allies and partners. He declared to all present, “America is back!” After leaving the G-7 Summit, his next stop was Brussels to meet with NATO leaders, and while there, he had a one-on-one meeting with Turkish President Erdogan. His final stop was Geneva for a face-to-face summit with Russian President Putin. For a first trip, it appears that it was reasonably successful (he made Queen Elizabeth smile and described his meetings with Erdogan and Putin as “positive”), but it can only be viewed as a precursor to the more intense work that remains to be done.

On the homefront, there continues to be a flurry of legislative activity. On June 8, the Senate passed the U.S. Innovation and Competition Act, a $250 billion bill that was passed with bipartisan support (68-32) in an effort to ensure that the U.S. remains competitive with China. It is considered one of the largest industrial bills in U.S. history and could be one of the last bipartisan bills of 2021.

One week later, the Senate passed the Juneteenth National Independence Day Act, establishing June 19, the date commemorating the end of slavery in the United States, as a federal holiday. When Biden signed the bill two days later, he called it “one of the greatest honors” of his presidency.

On a more somber note, the For the People Act, a major voting rights bill that passed the House in March with a slim majority of 220-210, was voted down by the Senate on June 22. It was blocked by the Republicans with a party-line vote of 50-50, 10 less than the 60-vote filibuster requirement. Had it passed, it would have expanded voting rights, limited partisan gerrymandering, changed campaign finance laws, and created new ethics rules for federal office holders. It is now even more critical for Congress to pass the John Lewis Voting Rights Act, a bill that would restore provisions of the Voting Rights Act of 1965, and require preclearance by the Justice Department before states can make changes to their voting laws. Once the final revisions are made, it will be introduced to the House for a vote, and if passed, will advance to the Senate for a vote likely sometime later this year.

Biden’s two other major bills, The American Jobs Plan (his infrastructure bill), and the American Families Plan (his economic bill that would provide assistance to families and children) have been progressing through congressional committees for review in preparation for being introduced to Congress in the near future.  On June 24 Biden announced that a bipartisan group of 21 Senators had reached a $1.2 trillion compromise on his infrastructure bill. He went on to say that he will sign the bill only if Congress approves a second bill focused on “human infrastructure” programs such as child care subsidies, education access and climate change. He said he would like to sign off on both bills in July before the August recess. Much more to come regarding both of these bills.

The latest polls indicate that the vast majority of Americans are in favor of each of these bills, but it remains to be seen if Republican lawmakers will continue to work with Democrats in the coming weeks to settle on compromised versions of the proposed bills. Bipartisan efforts are always the preferred method for getting bills passed, but Democratic Senators are having ongoing discussions about reforming, or even eliminating, the filibuster in case bipartisan efforts fail.

In the meantime, to preserve our democracy for future generations, Democrats must begin organizing and mobilizing using proven strategies to get out the vote in 2022 if we expect to hold or to increase Democratic majorities in the House and the Senate. The time to start is NOW!