Cleveland County Board of Elections Appointed for 2021—2023 Term 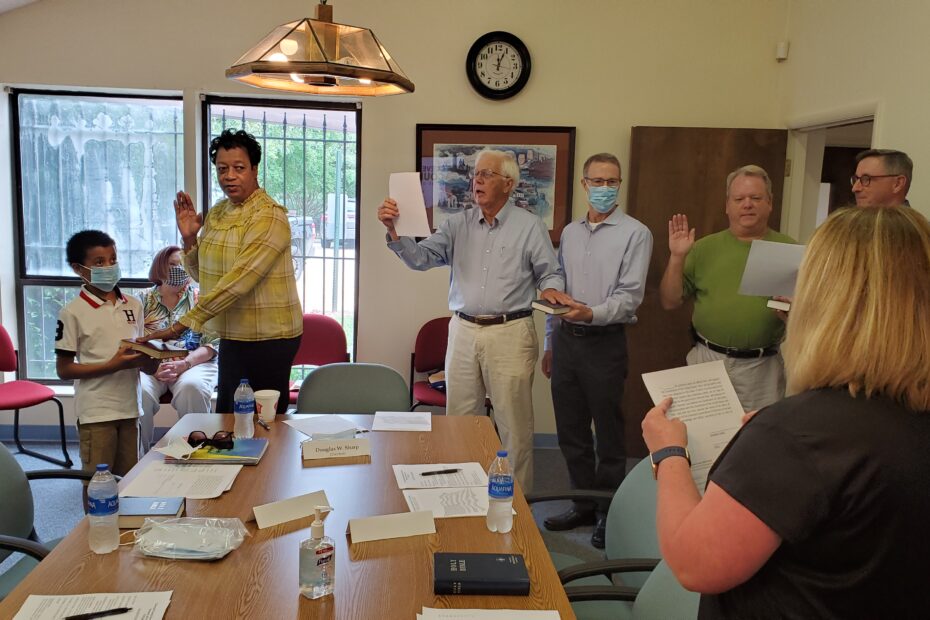 Since 2021 is the beginning of a new two-year election cycle, the Democratic and Republican parties of Cleveland County each nominated two BOE members and one alternate member. The State Board of Elections chose from among those nominations. The Democratic Party also nominated a BOE chair who was considered and appointed by Governor Cooper.

The official swearing-in ceremony took place July 20 at the BOE office on Patton Avenue in Shelby. Here is the new board that will serve Cleveland County for the 2021-2023 term:

The Board will work closely with the Director of Elections, Clifton W. Philbeck, and his staff to ensure that Cleveland County’s elections remain legitimate and aboveboard. We thank our BOE for their service and for their continued commitment to free and fair elections.

The public is invited to attend BOE meetings the second Monday of every month at 10 a.m. in the Cleveland County Board of Elections board room located at 215 Patton Dr., Shelby, NC 28150.