This letter to the editor, written by local Democrat Sarah Queen, first appeared in The Star.

Recently, I was recycling old newspapers and ran across 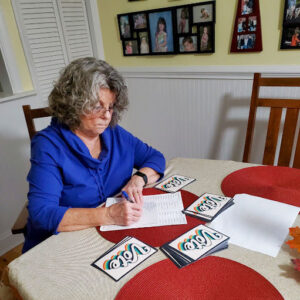 an editorial by Jonathan Sink. The “Your Turn” editorial was in The Star on December 19th, 2021.  He suggested that people should send “thank you” notes to state Republicans thanking them for the money Cleveland County will be receiving from The American Rescue Plan.  The truth is ALL Republicans in Congress voted against The American Rescue Plan.

This publication also states “Investments in projects that have long term impacts on quality of life that create economic opportunity and that solve some of our greatest challenges may be addressed with these dollars.” Another article includes the statement “never before has money flowed directly into our cities and towns like it will through the ARP, and as such, it is a generational opportunity – to both recover from the pandemic and to prosper well into the future.” Republicans are happy and eager to take credit for all the money the states will receive from the ARP but they forget to mention that no Republican in Congress voted for it. All the State Republicans did was distribute the money.

Thank You, Democratic Congressmen and Senators!!!