Today’s annual convention of the Cleveland County Democratic Party (CCDP) began and concluded with rousing reminders why it’s important for all American citizens to pay attention to and participate in politics.

Democracy ‒ We’re All In It Together. That was the theme of the convention, held virtually by Zoom. Participants included voting convention delegates (elected at March meetings of Democratic precinct organizations in the county) and others. 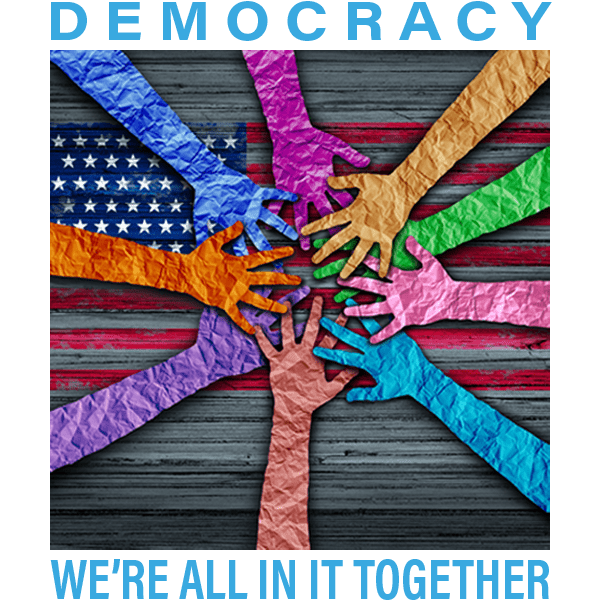 The theme provided good context for the keynote speaker remarks of Michael McSwain of Washington, D.C. McSwain is a Cleveland County native with Biden campaign experience, a former aide to President Obama in the White House, and now a manager of Nike’s North America Government and Public Affairs team.

The convention theme was expounded by Kent Blevins of Broad River Precinct, as he took the gavel at convention’s end upon his election as chair of the Cleveland County Democratic Party. He succeeds former chair Curtis Pressley of Kings Mountain South, who was thanked by the convention for his leadership.

“We have the power of our voices and our votes,” said Dr. Blevins, a university faculty member. He called for renewed commitment to shared Democratic values, vision, and principles, enduring for longer than just one election cycle and prevailing sometimes intense political challenges.

Four were elected to represent CCDP on the State Executive Committee (SEC), the governing body of the North Carolina Democratic Party. They are Blevins, Woods, Matthew McSwain of Broad River Precinct, and Laura Cummings of Oak Grove Precinct.

Other items on the convention business agenda were election of county party delegates to the May 22 annual convention of Fifth Congressional District Democrats and approval of several resolutions proposed by Democratic precinct committees at their March meetings. All were approved unanimously at the convention. The resolutions are as follows:

Click here to read the full text of all convention resolutions here.